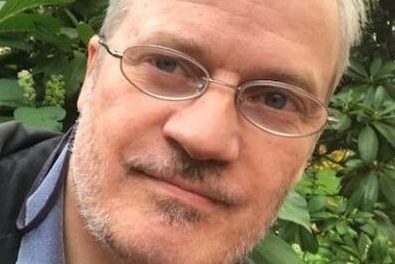 TITLE: The Future of Mobile Interaction

The use of computerized devices is now ubiquitous in many societies. Our daily lives are shaped by perpetually changing interactive devices and applications, from touch-based smartwatches and tablets to large digital displays. Yet while smart devices, such as laptops, pads, and smartphones, are mobile, their users are typically either stationary or risking their physical safety using such devices while in- motion. The health effects of today’s mobile devices are well-documented. These effects include the impact of a predominantly sedentary lifestyle on both health and well-being of many individuals. This talk will present high-risk thinking, design, and engineering research into the domain on mobile user interaction.

Morten Fjeld is a professor of Human-Computer Interaction at the University of Bergen (Norway) and Chalmers University of Technology (Sweden). His research activities are situated in the field of Human- Computer Interaction with a focus on tangible and tabletop user computing. In 2005, he founded the t2i Interaction Lab at Chalmers, Sweden. He holds a dual MSc degree in applied mathematics from NTNU (Trondheim, Norway) and ENSIMAG (Grenoble, France), and a PhD from ETH (Zurich, Switzerland). In 2002, Morten Fjeld received the ETH Medal for his PhD titled “Designing for Tangible Interaction”. In 2011, he was a visiting professor at NUS Singapore, in 2016 and 2017 at Tohoku University, Japan, and in 2019 to 2020 at ETH Zurich. Morten Fjeld also has extensive industrial experience in the areas of fluid mechanics, simulators, and user interface design.