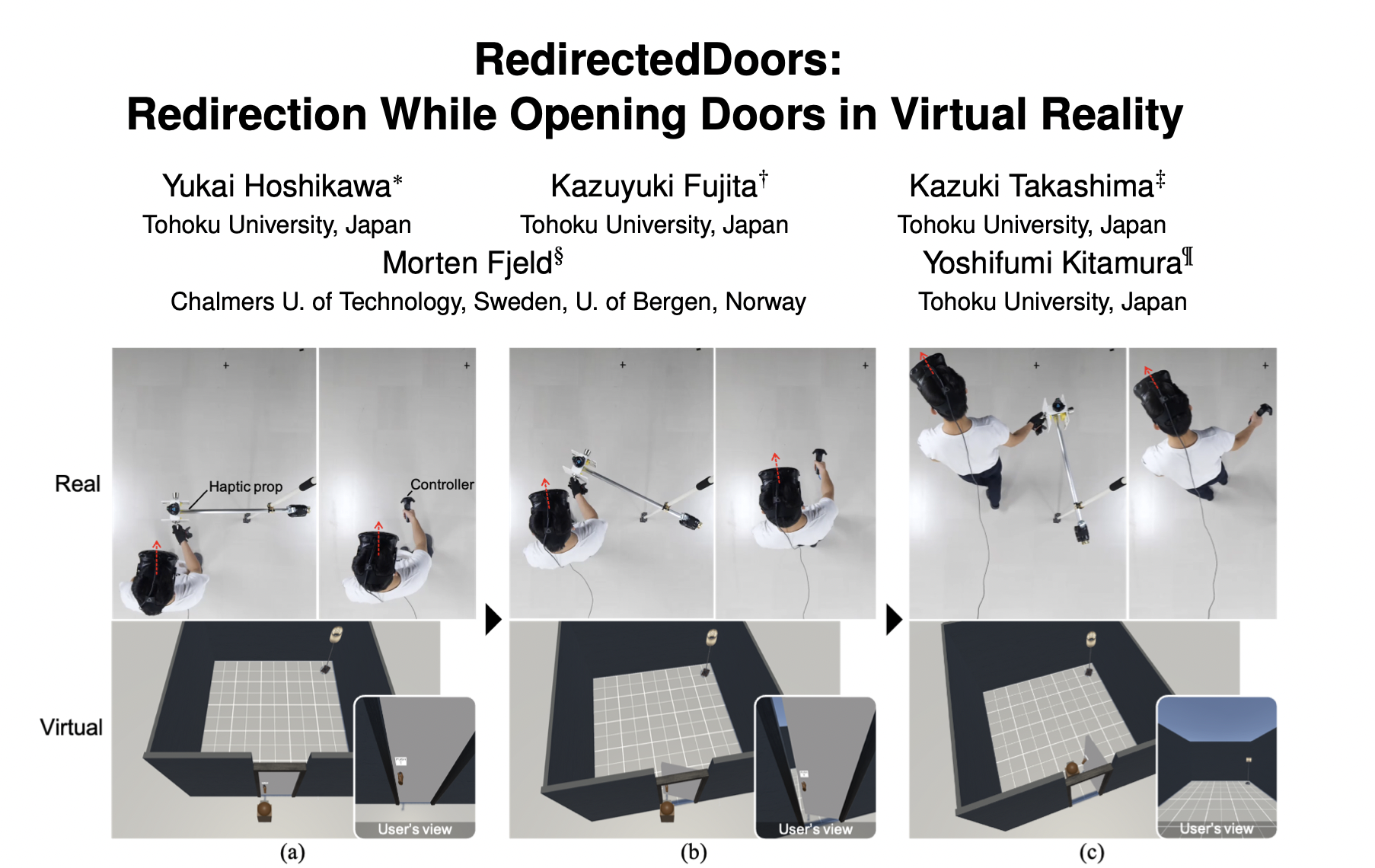 This work was supported in part by JSPS Grants KAKENHI (19KK0258), by the Wallenberg Foundations (MMW/MAW), and by the Norwegian Research Council (MediaFutures, 309339).

For a long time the use of virtual and augmented reality has been discussed solely in reference to the realm of gaming. In recent years, however, VR and AR have found their footing in other activities and domains, including in journalism. In a white paper compiled by Ericsson, experts state that “(…) the use of VR and AR in media has the potential to bring readers and viewers deeper into a story than text, 2D images and even standard video ever could. Promising recent examples of VR media include the UN’s 360-degree report from inside a refugee camp in 2015 – a first-of-its-kind, immersive experience that brings you into the story».

Once elusive, the idea of immersive journalism that allows the audience to “enter” stories gradually becomes a fact of day-to-day life. In the research paper, Fjeld et al. introduce RedirectedDoors, a novel redirection technique that influences the user’s sense of orientation  during door-opening motions.

We propose RedirectedDoors, a novel technique for redirection in VR focused on door-opening behaviour. This technique manipulates the user’s walking direction by rotating the entire virtual environment at a certain angular ratio of the door being opened, while the virtual door’s position is kept unmanipulated to ensure door-opening realism. Results of a user study using two types of door-opening interfaces (with and without a passive haptic prop) revealed that the estimated detection thresholds generally showed a higher space efficiency of redirection. Following the results, we derived usage guidelines for our technique that provide lower noticeability and higher acceptability.

About the IEEE VR Conference

The IEEE Conference on Virtual Reality and 3D User Interfaces (IEEE VR) is the premier international event for the presentation of research results in the broad areas of virtual, augmented, and mixed reality. Since 1993, IEEE VR has presented ground-breaking research and accomplishments by virtual reality pioneers: scientists, engineers, designers, and artists, paving the way for the future. Soon, IEEE VR expanded its scope to also include augmented, mixed, and other forms of mediated reality. The 2022 IEEE conference was held online.