MediaFutures and AI Agora Joint Seminar: Understanding Trust and Conversational Agent with Jonas Ivarsson, Professor at the University of Gothenburg 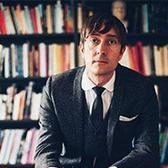 Jonas Ivarsson, Professor at the University of Gothenburg, will give a seminar on 1 November, at 13:15.

In recent years, the field of natural language processing has seen substantial developments resulting in robust voice-based interactive services. The quality of the voice and interactivity are sometimes so good that the artificial cannot be differentiated from real persons. Thus, discerning whether an interactional partner is a human or an artificial agent is no longer merely a theoretical question but also a practical problem facing people of ordinary society. Consequently, the ‘Turing test’ has moved from the laboratory into the wild. The passage from the theoretical to the practical domain also accentuates understanding as a topic of continued inquiry. When interactions are successful, but the artificial agent has not been identified as such, can it also be said that the interlocutors have understood each other? In what ways do understanding figure in real-world human–computer interactions? The argument will be made that we need two parallel conceptions of understanding to address these questions. By departing from ethnomethodology and conversation analysis, it is illustrated how parties in a conversation regularly deploy two forms of analysis (categorical and sequential) to understand their interactional partner. The interplay between these forms of analysis shapes the developing sense of interactional exchanges and is crucial for established relations. Furthermore, outside of experimental settings, any problems of identifying and categorizing an interactional partner raise concerns regarding trust and suspicion. When suspicion is roused, shared understanding becomes disrupted. The address thus concludes that the proliferation of conversational systems, fueled by artificial intelligence, may have unintended consequences, including its impacts on human–human interactions.

Jonas Ivarsson is a professor of informatics. He started in cognitive science and communication studies before moving to education. In 2013 he became a professor of education, where his research focused on the role of various technologies in developing knowledge and competence.

In 2019 he moved to Informatics at the Department of Applied Information Technology at the University of Gothenburg. There, his role is to take the lead on the emerging research on Human-Centered Artificial Intelligence—a specific approach to the interplay between humans and machines in the context of artificial intelligence. Central to this approach are questions relating to how to design AI systems to operate in the context of human users and how to design learning trajectories of humans so that they can intelligently interact with increasingly complex semi-autonomous systems.